Some school awards from our Greenleaves scholarship holders

The 2020-2021 school year ended in May. Due to the Covid19 pandemic not all awards were handed out to the students. Some children have not even received their certificates or can only find out their school report on the school's website.

We have only received school reports of 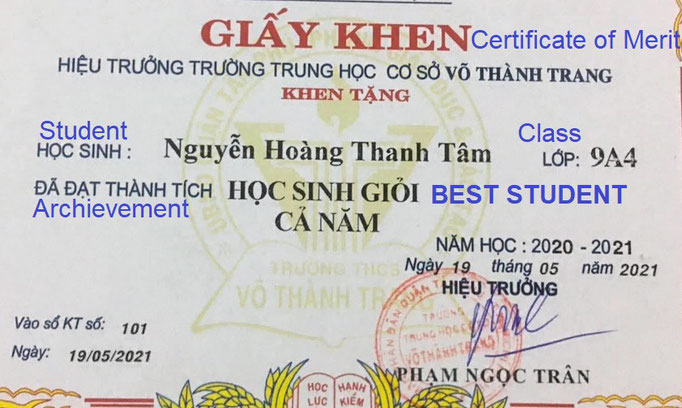 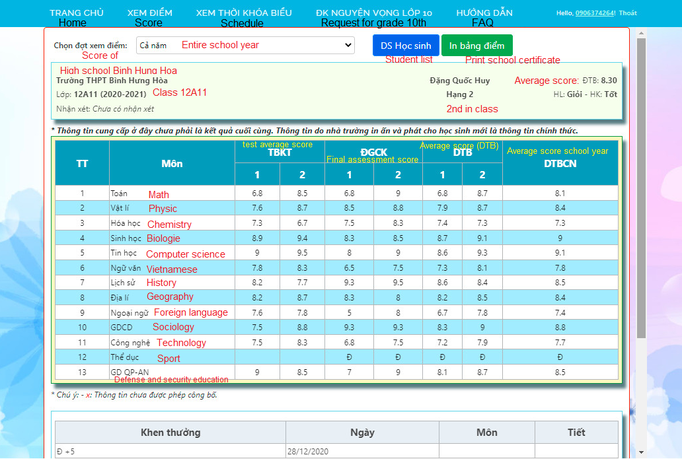 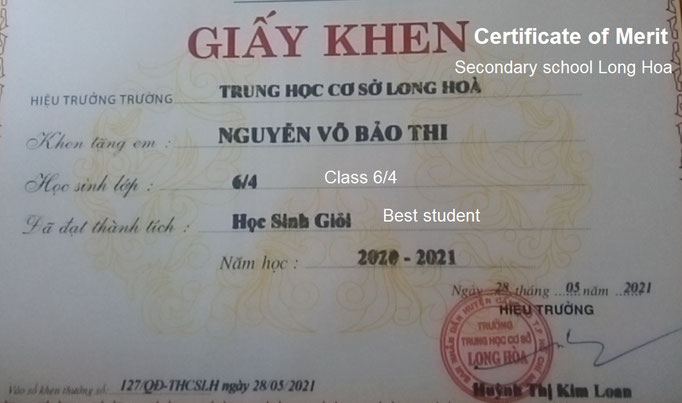 Her parents divorced in 2006 when her mother was pregnant.
The mother worked as a nanny in a primary school. However, she was laid off in September 2020 due to Covid-19. Due to her age (53), she could not find a job and occasionally works as a cleaner, (mask) packer or kitchen helper in restaurants. The mother still owes the school tuition fees (about 7 million VND) for several years. They live in a 8 m² rented room.


Tam loves biology and dreams of becoming a doctor, enjoys reading books about medicine. She often goes to the bookstore because she has no money to buy them. Tam is very short-sighted. Tam was qualified for the EgoStom program because, despite her difficult living conditions, she has great ambitions and needs help.

Due to GiKad's constant inquiries about Tam's mother's debts regarding school tuition fee, Tam's case became known to the school administration. The deputy headmaster took care of Tam's situation more and arranged a job for Tam's mother in the military kitchen (her husband works in the army). Tam's mother now has a permanent job with a salary of VND 5 million a month.

In the 3rd quarter the children get further 4 stories to read and to write essays about them.

The "EgoStomers" received support in the 2nd quarter together with the SOSCov emergency aid.

Here are some of their thank you messages to "quý ân nhân" - the "benefactors" - for helping them during this difficult times: 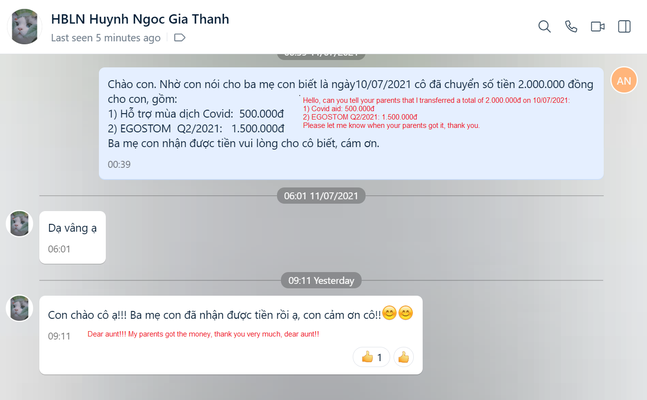 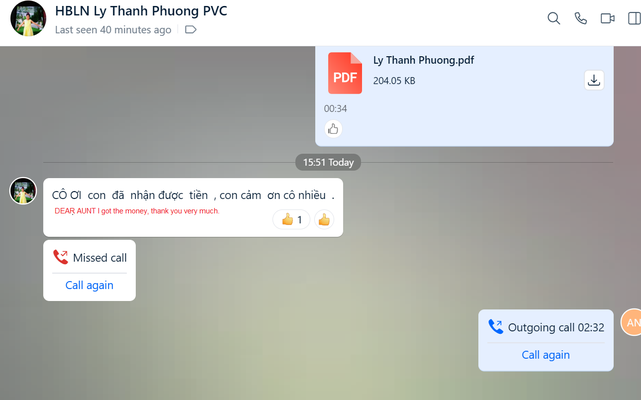