On January 21st, 2021, on a business trip in Tay Ninh Mrs. Ngoc Anh visited the Le Van Thoi secondary school to hand over to Hao a laptop. Teacher Quan, who recommended Hao for the Greenleaves scholarshit and who has mentored him, was also present. Hao is now in the 10th grade and is an excellent student. In the previous school year he had an average rating of 9.0.
After his parents' divorce, Hao and his mother and his two younger brothers live with their grandparents who sold rice congee, a street meal in Vietnam. Since they are now getting older, his grandfather can only sell gasoline on the street, his grandmother was looked after by his aunt. Hao's mother works in a factory. She earns little, the family often had to eat rice without meat or just instant noodles.
Hao dreams of becoming a doctor, but is currently considering whether to work as a factory worker after class 12th in order to help her mother and to support his two brothers who are still in primary school-age. However, the worker’s salary is very low, and he will never be able to escape poverty. GiKaD will continue to support him if he wants to study after graduating from high school.
Hao got a second hand Lenovo Thinkpad T460, a backpack, a computer bag, a mouse and a WiFi booster, because the house has no WiFi but he can use WiFi from the neighbor.
He can also contact Mr. Kieu Phat directly, who voluteers to answer all questions about computers and to help him study English if necessary.
Hao wrote a thank you letter and sent pictures. The photos showed him with plastic chair and table which are probably used for street food sales by his grandparents . Therefore, Mrs. Ngoc Anh will contact Teacher Quan and ask him to buy chair and table for Hao.

PC4Kids will support Hao and other motivated children to help them escape poverty through education and make their dream comes true. 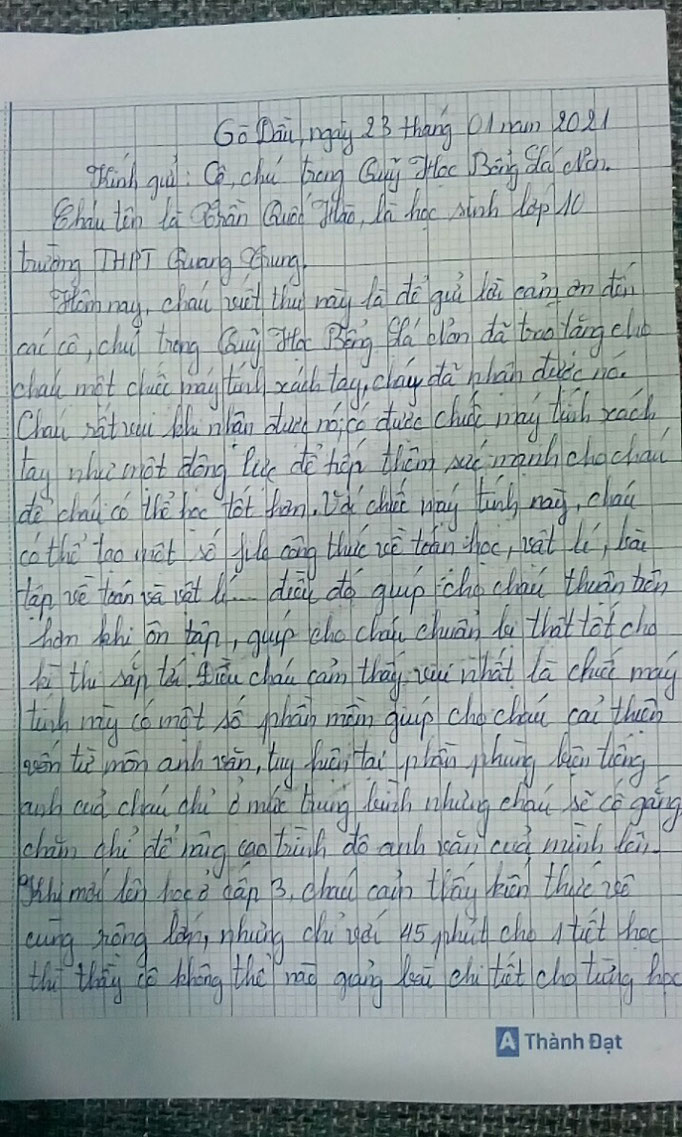 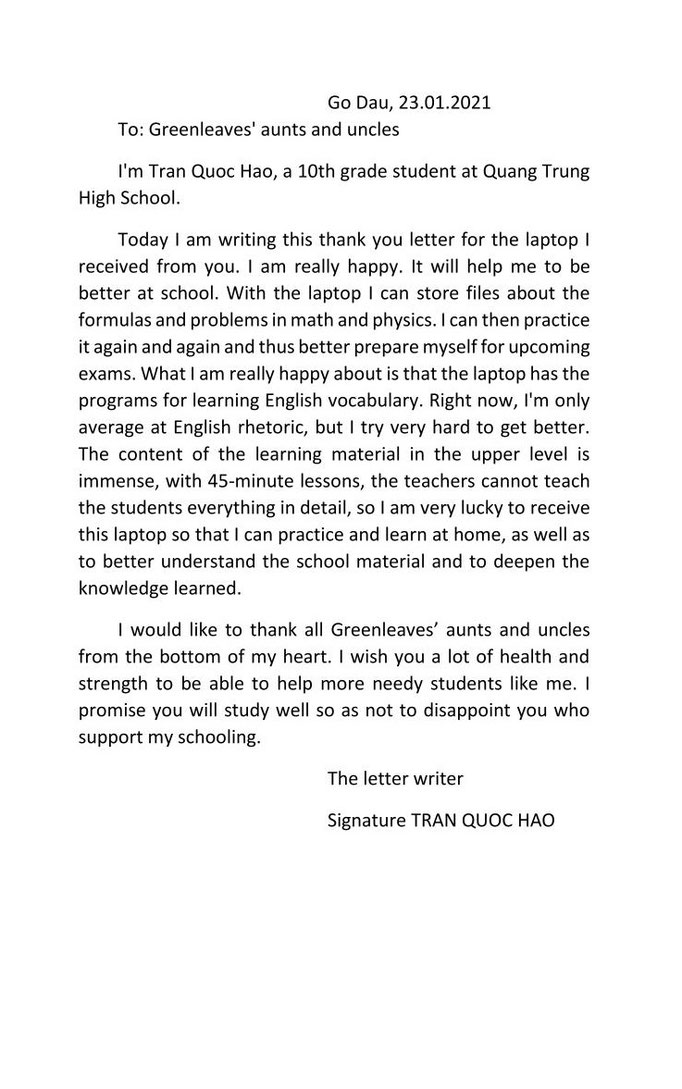 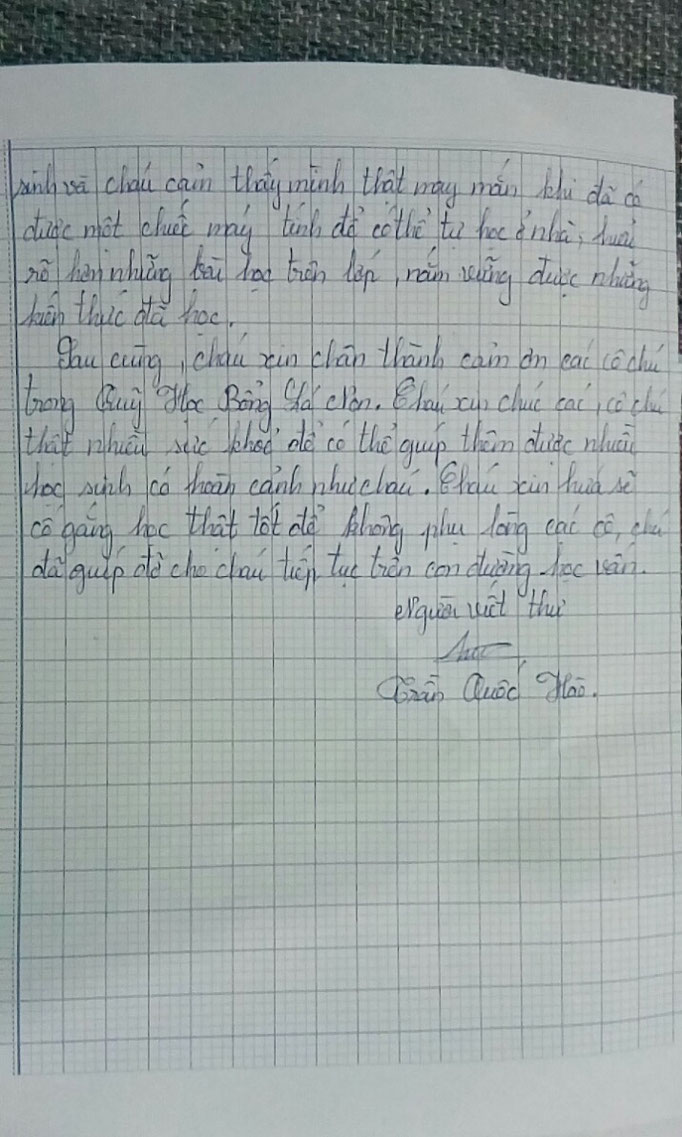 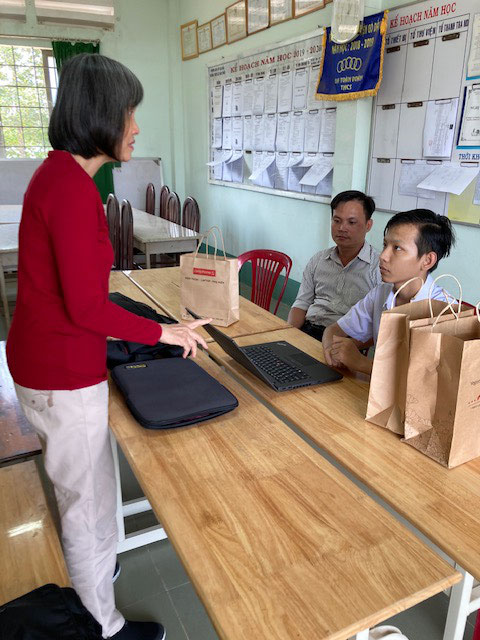 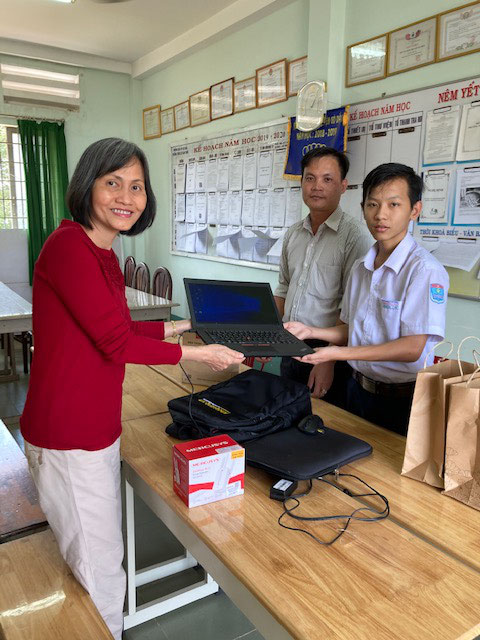 Mrs. Ngọc Anh handed Hào the laptop in the presence of teacher Quan. 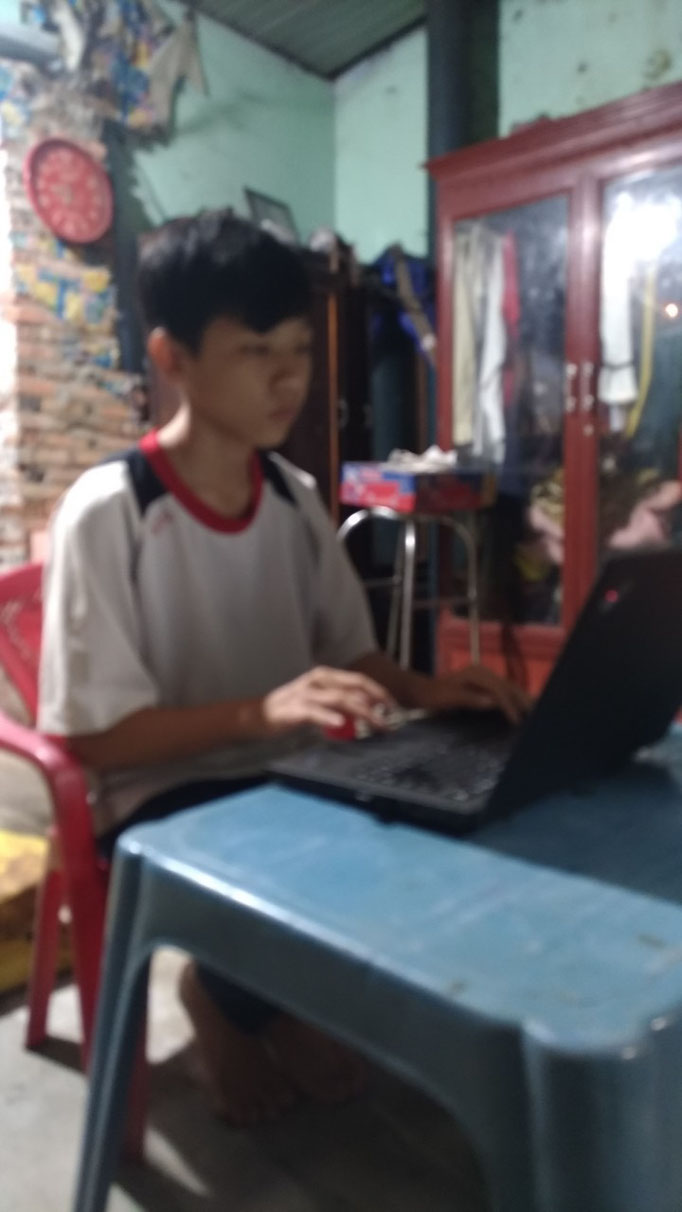 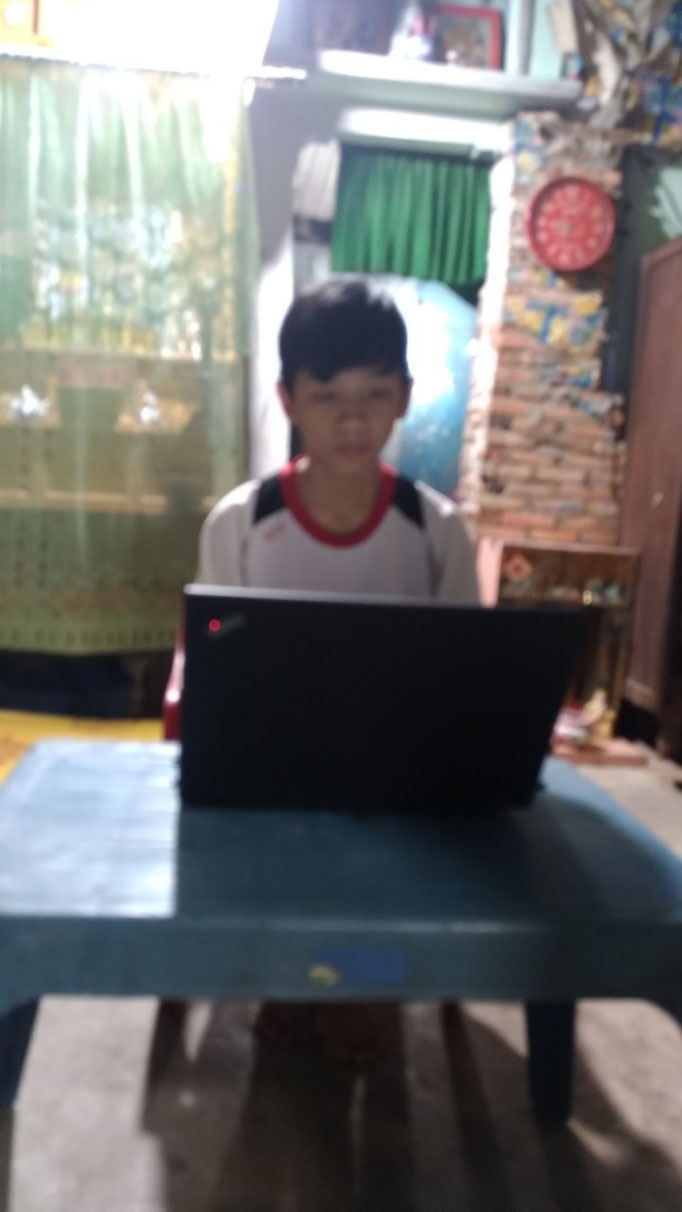 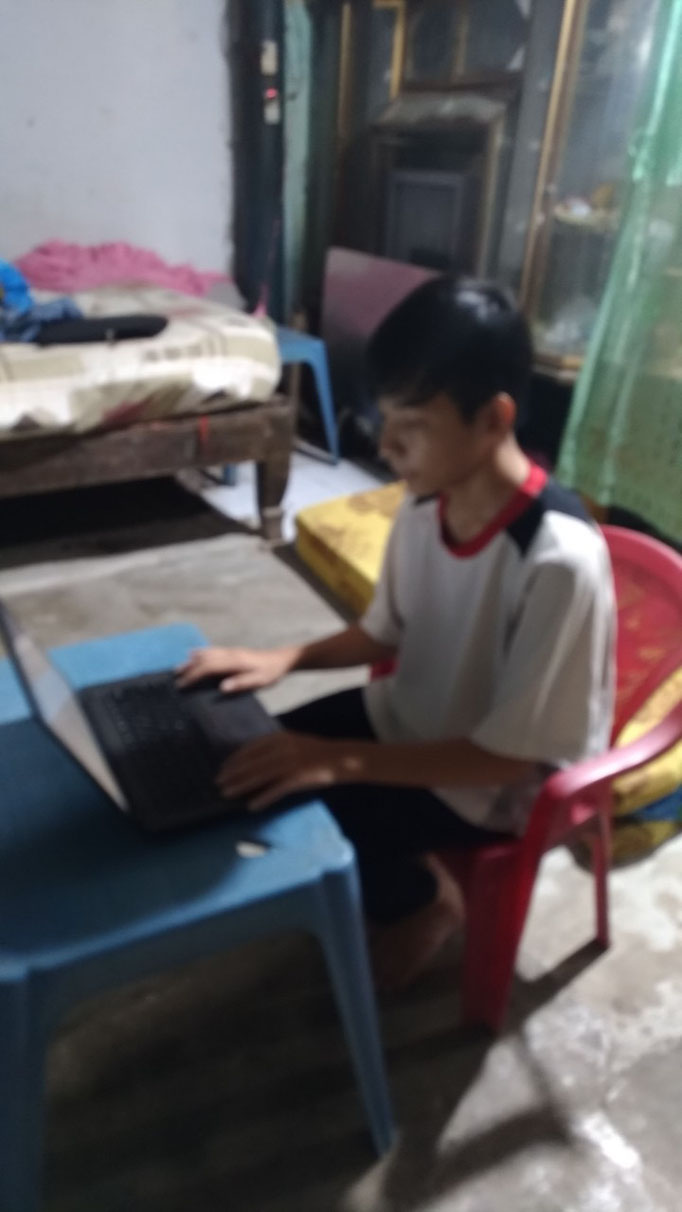 Hào is working with his laptop.